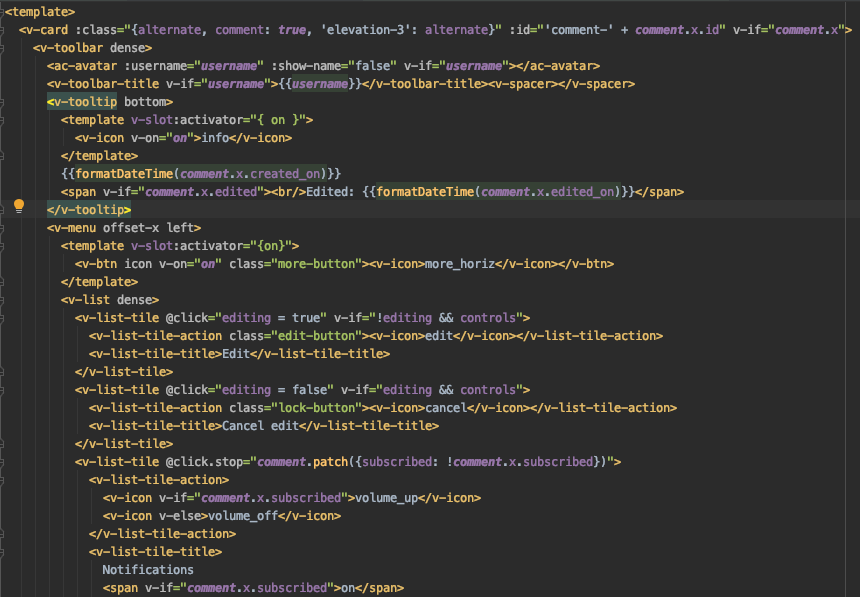 The last two years of my life have been the most exhilarating. They have tested me in ways I could not have imagined and taught me more about how to be the best person I can be than any classroom ever could.

The things I’ve learned apply not only to building new services, but to being good at whatever you choose to do.

#5. Don’t Chase After What Others are Doing

I set out to build a platform to make it easier to commission artists and to do it safely. It’s no secret I’m also a furry and so enjoyed getting art of characters I have made. So, as part of the featureset, I added a character catalog.

After having a basic prototype of the site, someone pointed me in the direction of another site with a character catalog I’d not seen before. It was pretty solid, and I learned a few things.

This was a mistake. While I knew many in my target audience would enjoy a service to buy and sell characters, it wasn’t my passion. The result was that the character transfer feature felt half-baked, and it distracted from time that could have been spent improving Artconomy’s core competencies.

When you create something you’re not passionate about just because you see others doing it, you will always be playing catch up, but if you follow what you’re excited about, you’ll create new things that work well, fit your vision, and resonate with others. You can’t beat others at their own game, but you can make your own and be the best at it.

Over half a year after Artconomy’s launch, I deleted the character transfer feature and decided not to implement anything that was someone else’s vision instead of my own. I feel free from ‘keeping up with others’, and I have not regretted it.

#4. Other People Know their Needs Better than You Do

A common problem artists run into is ‘revision creep’. They draw something, and the client repeatedly tells them that it’s not good enough and they need to change it more. Artists who have a hard time standing up for themselves pour time into revision after revision for a client who could not be satisfied, which costs them dearly.

I wanted to solve this problem once and for all. So, when building Artconomy’s revision system, I made it to where each order had a set number of revisions, and that would be it. No more, no less. The piece was finished when all revisions were handed in and clients could not ask for more. Satisfied, I pushed this code into the world confident artists would be happy to not be taken advantage of again!

Any experienced artist might notice a few flaws in this design. The first is that sometimes, while revisions are offered, they are not needed. Other times an artist might genuinely feel they’ve made a mistake that needs fixing, or throw one in because a customer has been especially nice. This dynamic between the artist and commissioner was not respected by the revision system, which was completely prescriptive.

What to do? I didn’t want to put artists back in the position of making revision after revision and feeling like they didn’t have the right to say ‘no’, but I also didn’t want to prevent those who needed the flexibility from having it.

I went back and redesigned the revision system– there would still be an expected revision count, but now an artist could mark a revision as the final early, or they could upload more. Meanwhile, large, bold text would state how many revisions were included but not yet completed, and how many extra revisions had been added.

Give people the flexibility to make their own decisions and trust them to do so, all while providing a path to success they can fall back on when they are unsure.

I’ve been an engineer by trade nearly all of my professional life, and an artist for some of it. Engineers and artists would appear to have relatively little in common, but there’s one thing they share: A tendency to get overwhelmed by the shortcomings in their work.

An artist can spend hours redrawing a hand over and over, never quite satisfied. A software engineer can continually refactor his code until his deadline passes.

One of the biggest challenges I faced when developing Artconomy was deciding what to include and what to leave for after release. When was a feature ‘good enough?’ I had to spend time justifying each and every feature in my head. What notifications should be sent? How do we handle name changes in comments? Should we have a publicly accessible API?

A few years before when I was doing consulting, one of my clients had a machine go down and the team I was working with was asking if they should bring up a new machine from backup. I told them no, the machine could be better provisioned from scratch and not break existing configuration. The only problem was that the old machine wouldn’t delete, so all of the names of the VM’s resources blocked me from reprovisioning it with my scripts.

This meant it took about five hours of downtime to resolve the issue. Because I had prioritized the absolute best way of resolving the issue with no loose ends, the site was down for far longer than it would have been, many sales were lost, and customer complaints came rolling in.

The correct choice would have been to re-provision the machine from backup, modify things manually to get them up and running, and then fix it properly during off-peak hours the following weekend. Time is not your friend when your site is down or doesn’t yet exist, so it would have been better to pick the battle when I could have decided the terms of engagement.

While it’s important to hit a level of quality that makes you happy, at the end of the day, you have to deliver something. The product that is 80% of what you want and delivered today is better than the product that is 100% of the way there and never delivered.

In fact, the discipline of delivering on time will better teach you what’s important. With a time constraint, you learn to focus your efforts, and you get better at delivering higher quality code (or art!) in shorter amounts of time.

To be sure, there are occasions when an artistic project or code refactor may well be worth the extra time taken to get it to a level of completion you know you need. But even while you’re doing so, remember…

#2. Celebrate Who And What You Are Today. Don’t Wait For Tomorrow

Artconomy exists to make the world better for artists and the people who commission them. It exists to solve problems for artists that have existed since the beginning of time, and it is able to do so today!

It does not, however, solve every problem for every artist. And there are some things it could do better. But if I focus on all of the things it doesn’t do yet, no one will ever know about what it CAN do.

For the first several months, nearly the first year, of Artconomy’s release, I didn’t sing its praises in the way I could have. I would talk far more about what I want it to do in the future– not what it could do today. The result was giving people the impression that they should wait for a better, more finished version to come out.

It took a lot of soul-searching to realize I was short-changing my accomplishments, and in doing so I was depriving others of a tool that could help them with their problems in the here and now.

Moreover, I’ve learned that when you cast the right vision, when people believe in what you are doing, they will be patient with you as you work on improvements and will meet you where you are at to help you succeed.

At Megaplex con this year I didn’t just talk about Artconomy’s features and what things I expected it to solve in the future. I talked about why I built it, what drove me to make it my full time mission, and how it could help people get what they want TODAY.

I’ve learned not to talk publicly about the new features currently in development unless directly asked or soliciting feedback. Until they’re delivered, they’re not real. Asking people to wait until then isn’t constructive. It’s like saying your art ‘isn’t good enough’ today, which isn’t the right attitude. Speaking of attitude…

#1. Be a Font of Positivity

A good attitude is key to success. Optimism is not only good for you, it’s good strategy.

The attitude of ‘I’m going to succeed and give it my all’, and the willingness to keep going when others would quit, is more important than any other attribute you can have. Anything worth doing is hard. Anything world-changing is exceedingly difficult. That means that all around you, there will be signs and signals telling you that you will fail, that you can’t succeed, that it’s all too hard. Fight past them.

Years ago I spent a lot of time complaining. I used to badmouth the existing gallery sites that hosted the art I loved because I didn’t like their shortcomings. I didn’t appreciate why they had managed to maintain the audience they did, nor did I appreciate what sort of work it took to keep such communities running, even if I disagreed with their methods.

This complaining never produced change. In fact, it just got everyone in a foul mood when I’d do it with my friends, and we would turn into a group of complainers that couldn’t be pleased instead of people who wanted to help make things better. I certainly wouldn’t have said the things I said to my friends to the faces of the site owners.

Now that I’m building and running a site, I have no time for complaining. I have to focus on how to make things better today. I have to take action. And I need to make sure those around me aren’t dragged down by shortcomings, but are inspired so much by what has been accomplished that they’ll keep working to make things better.

Seeing someone get up every day, take it on the chin, and keep going is inspiring. People want to know that it’s possible to succeed. Being the person who puts themselves out there and takes risks gives others permission to do the same. They want to see an indomitable attitude in the face of incredible adversity. It inspires people to help you.

Not only do I strive to keep a good attitude around what I’m doing, but I’ve also tried to avoid badmouthing my competitors. I don’t get baited into public spats with them. I don’t put other people down.

Your success is not constrained by theirs. You can always find new ways to serve your community and be supported by it. If possible, find ways to leverage your rivals capabilities so that you can turn into partners instead. Always be looking for new ways to create value.

I’m not always perfect. Sometimes I let slip a complaining word, sometimes I have a harder time seeing my accomplishments in light of what I know needs doing. When that happens, it’s usually time to get some rest, eat good food, or take a step away from the project and spend some time with people who care about me. I find when I take care of myself, I don’t spend time looking on the dark side of things.

I’ve been fortunate to have been surrounded by people every day who want me to succeed. Their support and insight has helped me get to where I am. Go find those who have been supporting you and thank them today!