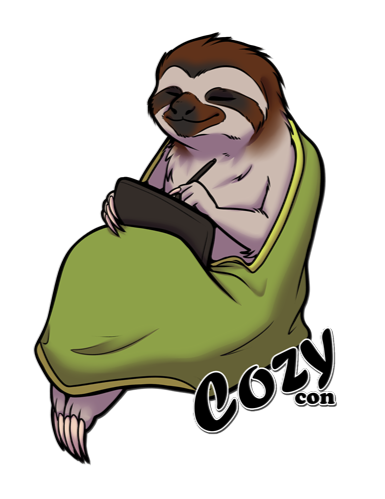 You can’t escape the news of COVID-19 no matter where you turn. The impacts of the virus are far-reaching, beyond the obvious casualties it brings. To prevent catastrophy, many conventions have had to close their doors, either rescheduling or dropping events altogether. For artists that depend on these events to make ends meet, this is proving an especially challenging time.

In the face of these challenges, a handful of enterprising fans have decided to run online convention events. We got the chance to talk to some of these leaders and learn more about their work bringing conventions to the online space. Here’s what you need to know:

Online Events are Being Built Quickly to Help Those Most Affected

Rent has to be made and many of the costs of going to conventions can’t be refunded even if attendance is. One of the new online cons, KeepCalm and Carry Con (@KeepCalmCon on Twitter) is specifically targeting those displaced by Furnal Equinox– and doing so on an accelerated timescale to match as closely as possible to the original event.

“I assumed we’d get maybe a few artists wanting to stream, but suddenly we have a Twitter with 300+ followers within 48 hours,” Eevachu, who organizes the event, told Artconomy Art Smarts. “Furnal Equinox has luckily offered some of their resources to help, so we’ll hopefully be able to pull this off. It’s less a scaling issue and more trying to pull a convention off within a week after your 2000+ local event gets cancelled.”

Scheduled for the same weekend as the original event (March 20-22), the Keep Calm and Carry Con team is dead-set on helping as many of the artists displaced by the con as they can.

At the time of writing, one online con had already started, named ‘Digital Con’ via Discord.

Online Cons Aren’t New, But COVID-19 Has Prompted More of Them to be Made

“I used to organize ‘HomeCon’ over on Tigerdile.com some years back and it was a blast,” said Temrin, head of CozyCon (@CozyConOnline on Twitter). “We haven’t run the first CozyCon yet, it’s hard to say exactly what to expect.”

Events like CouchCon (couchcon.org), run by David of Vivid Publishing (@VividPublishing on Twitter) have already had their inaugural year:

“The first time was based on folks we knew, who had been uncharacteristically removed from longtime conventions.  We wanted to help them mitigate the economic impact of missing their normal events,” David, who publishes the webcomic DreamKeepers, said. “When the current crisis rose, we saw artists everywhere in distress over cancelled events, and realized that we had a chance to help even more folks.”

With that increase in demand has created growing pains.

“The applications are flooding in now- scaling will be a challenge, but we have some reasonable deadlines in place that will keep us on track, and experience with managing projects that have a lot of moving parts.

We plan to update applicants every week with progress and what to expect.”

Online Cons Won’t Replace In-Person Ones, But May Continue to Grow Into Their Own Niche

Online cons are providing a way for people who normally can’t go to have a way to participate in fandom-wide events.

“While not everyone in the world has access to the internet, more people have access to it than those who can physically attend an event,” said Temrin, whose comment rings especially true for groups like the Furry Fandom, whose primary means of organizing has been online since the beginning. “Travel costs and the time away from work and other responsibilities can be prohibitive, let alone the fact that there are many folks who may have disabilities that prevent them from attending,” she remarked, echoing the sentiments of many who have wanted to attend a con but could not even before the recent cancellations. “Heck, even just having food allergies or dietary restrictions can make travel extremely exhausting and more expensive.”

Even so, for many, the core appeal of a con isn’t attainable online. Eevachu remarks, “What makes furry events so special is to experience them in person,” and described Keep Calm and Carry Con as “a consolation prize to help dealers recoup losses and attendees soften the blow.”

“I’d love to hold more streaming events in the future during months where there aren’t events, but they can never really replace that feeling of being AT a convention.”

Even with these limitations, the fact that the events cost so little to run, and that they’ve been running even before a pandemic, suggests there’s more growth to be had in online conventions.

“We don’t have to worry about measuring and planning room layouts, untangling the Tetris puzzle that is programming/event schedules based around room space, worrying about equipment rentals and logistics,” Temrin explained. “We also don’t have a need for large volunteer teams to run registration, badge checks, etc., either. This simplifies things quite a lot.”

“I think it will become an annual staple,” Vivid Publishing told us. “Perhaps not replacing real-life meetups, but providing a totally different, affordable, and accessible alternative.”

Cancelling or postponing a convention is an expensive event. One insider told Artconomy that if Texas Furry Fiesta had held its event only a few weeks later, it would have had to cancel and pay nearly half a million dollars to its host hotel, as stipulated in their contract.

“A convention having to close or postpone is a HUGE deal. The biggest
thing in my mind is to have compassion for one another during this time and understand that there is a lot that goes into convention running, vending, and even just attending,” Temrin commented.

“We’re all in this together.”

In the coming weeks, conventions will be contacting their attendees to discuss options, refunds, and future plans. “Toss a coin to your favourite artists and consider -not- asking for a refund from the convention […] if you can afford to do so. Many conventions that have postponed at this point are happy to also roll your registration over to the next year in case the new dates don’t work for you.”

Attending an online convention gives fans an opportunity to support artists that they were hoping to commission in person. Volunteers and staff who find themselves displaced by recent events can contact those running the online ones to find out how they can help, and every person can spread the word.

“Thanks to all the artists signing up- it’s encouraging to be rolling into this with over 80 tables and counting,” Vivid remarked. “We can do something great together!”